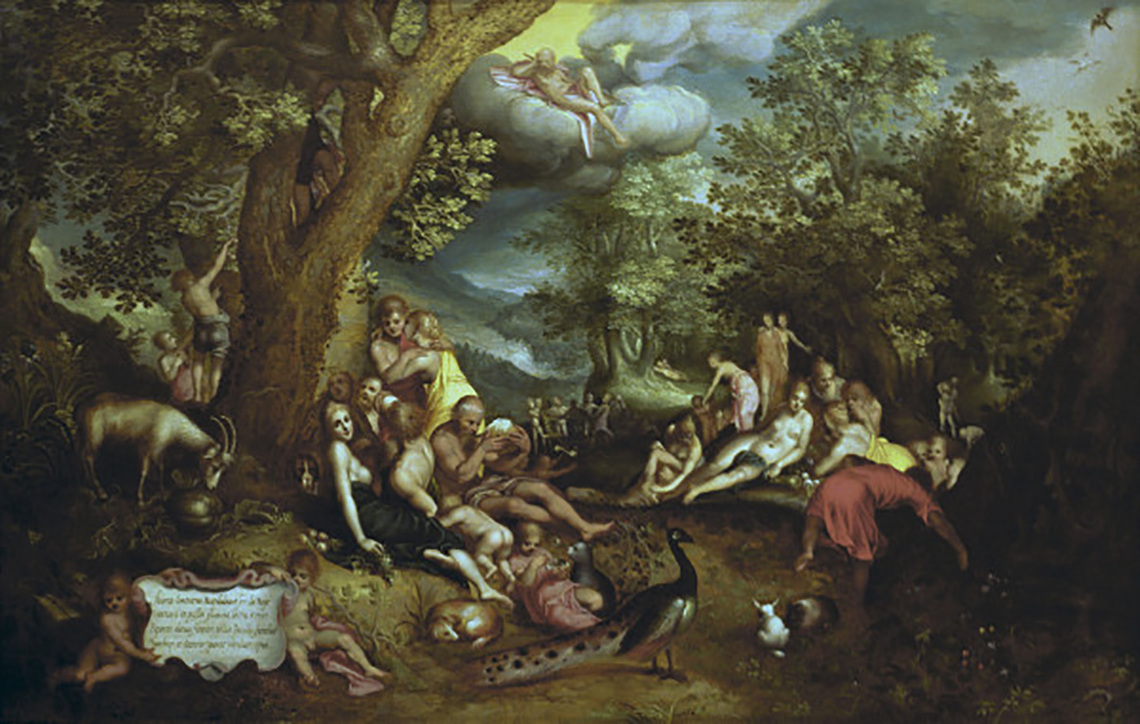 The Golden Age after Abraham Bloemaert

The painting depicts the Golden Age under the rule of Saturn at the beginning of mankind, according Ovid, Met. I, 89-112. In my opinion, it belongs not to the genre of allegory, but to mythology.

The composition is perhaps the most influential by Abraham Bloemaert, with several engraved and many painted copies, see: Jaap Bolten, Notes on Abraham Bloemaert’s Drawings of the Golden Age, in: De arte et libris, Festschrift Erasmus 1934-84, ed. by Abraham Horodisch, Amsterdam 1984, pp. 23-41.

It seems me quite implausible, that Rubens painted the figure in this copy. In my opinion nothing hints to his personal style, visible in his copies after other masters. With all reservation, because I do not know the original, the figures could perhaps painted by Hendrick van Balen, regarding the incarnate.