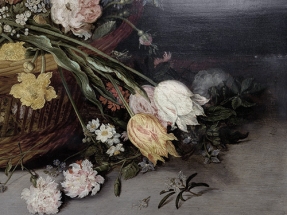 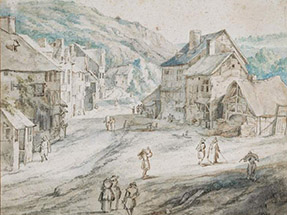 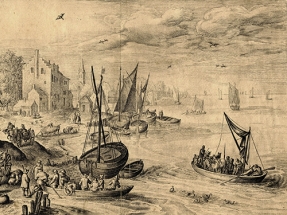 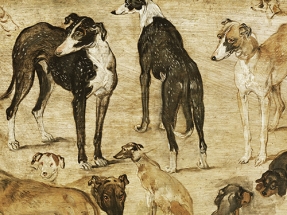 Jan Brueghel (1568-1625) was a painter of immense diversity. His work includes biblical, mythological, and classical histories, battle scenes, hellscapes, seascapes, floral garlands and still lifes, portraits and genre scenes, as well as many sorts of landscape: woodland hunts, mountain prospects, country roads and rivers, and villages. While his surviving oeuvre consists of about 350-400 autograph paintings (including collaborative works), hundreds more are, to varying degrees, associated with his hand or his conception. Early in his career Jan worked mostly at a small scale and on a copper support; gradually the size of his pictures increased and he worked more often on panel or even on canvas. Brueghel often collaborated with other master painters, including Peter Paul Rubens, Hans Rottenhammer, Hendrick van Balen, Sebastiaen Vrancx, and Joos de Momper. He only had two known pupils, Daniel Seghers and his own son Jan the Younger, but an efficient studio staffed by paid professionals permitted copious production.