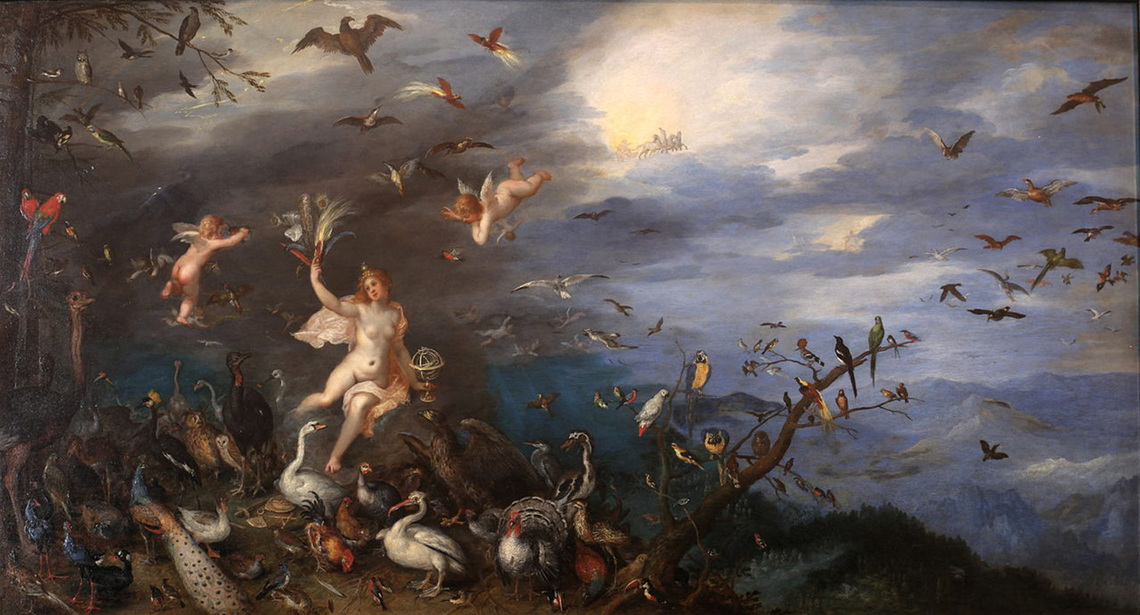 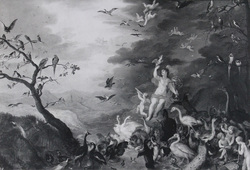 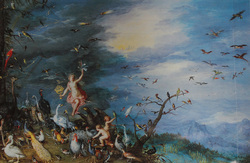 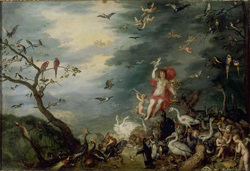 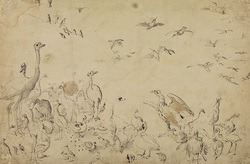 The Lyon ''Allegory of Air'' is part of a series of the elements which Jan Brueghel painted between 1606-1611. See Also:

Further information on this painting available at the Rijksmuseum voor Historische Documentatie website.

According to Buijs in Lyon 1991, p.30, there was once a whole other putto to the main figure's right who was painted out. Also some birds were changed--ones that were utterly finished to the last detail were painted out and replaced by others.