Pieter van Avont, baptized January 14th, 1600, in the Antwerp province of Mechelen, was a Flemish painter, printmaker, draughtsman, and art dealer. The son of sculptor Hans van Avont, Pieter’s early life is somewhat unknown. However, in 1622, it is recorded that he married Catherine van Hertsen. Later that year, he was accepted into the Guild of St. Luke in Antwerp, where he remained on the roster until his death. His paintings, which included religious and allegorical themes, are marked by recurring depictions of children and putti. He is also known to have done some landscape painting. One of van Avont’s more famous pieces is a collaboration executed with Jan Brueghel the Elder, a garland painting created in 1623: The Holy Family in a flower and fruit garland. Van Avont’s contribution were the figures of the Holy Family.

Unable to sustain himself financially through his own artworks, van Avont became a dealer in paintings and prints. He also served as the captain of a local militia from 1633 to 1639. He is known to have had three pupils; Peeter van den Cruys from 1624 to 1625, Frans Wouter from 1629 to 1634, and Pieter Wouter from 1631 to 1632. On September 3rd, 1643, his wife Catherine died, and within a few months, he was remarried. In that marriage he fathered five children. His second marriage was also marked by financial ruin, causing him to sell seven of his homes and mortgaging his primary residence. He was buried on November 1st, 1652. 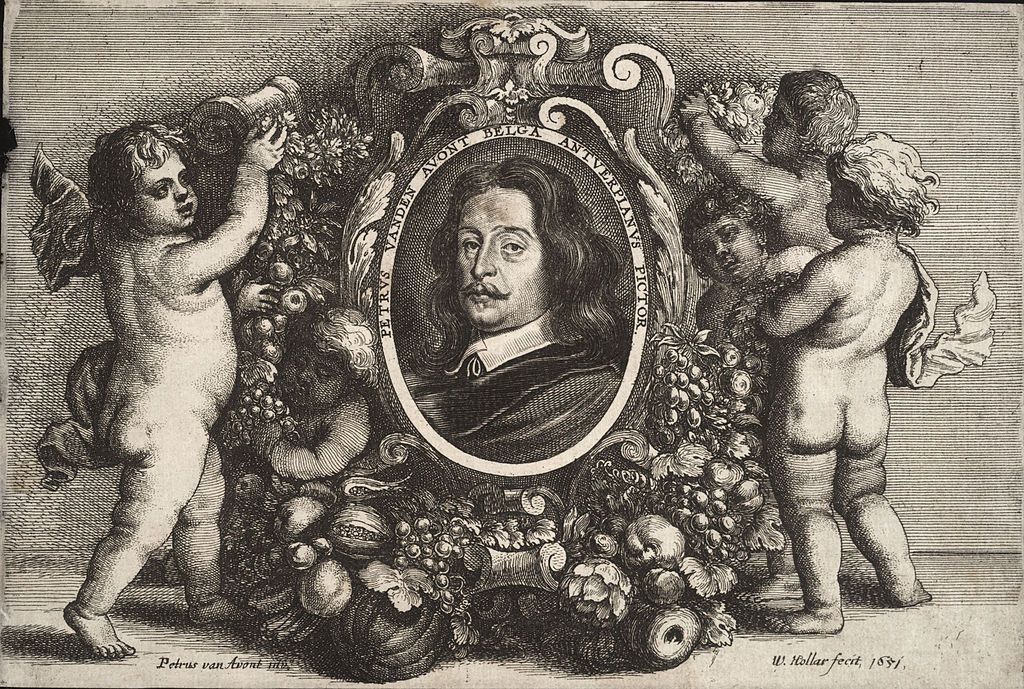