While few works that bear his signature remain, Pieter Coecke van Aelst (1502 or 1507 – 1550) left a significant impression on the art of Northern Europe. Regarded by contemporaries as a polymath and purveyor of intellectual and artistic advancements, the painter, sculptor, and designer of woodcuts, tapestries and stained glass was credited as one of the first to bring to the North the ideals of the Italian Renaissance.

Van Aelst’s wives provided two of his most profound links in the artistic community. His first wife was the daughter of the painter Jan Mertens, who may have been Van Aelst’s teacher. Mayken Verhulst, his second wife and Pieter Bruegel’s mother-in-law, has been credited with teaching Bruegel the technique of painting with tempera on cloth. In his biography of Van Aelst, Karel van Mander named him as the Bruegel’s principal teacher and this was long accepted as true, but consideration of stylistic disparity has lead some recent scholars to reject that claim. Additionally, this hypothesis lacks material substantiation as Bruegel is not recorded in Van Aelst’s list of apprentices in the Guild of Saint Luke.

In 1533-34, Van Aelst travelled to Constantinople. In 1546 he moved from Antwerp to Brussels and was appointed court painter to Emperor Charles the V a few years later. He died on December 6, 1550, the same year he received this official title. Many of the works he created for church interiors only briefly survived him, and were destroyed in the iconoclastic riots of the 1560s. 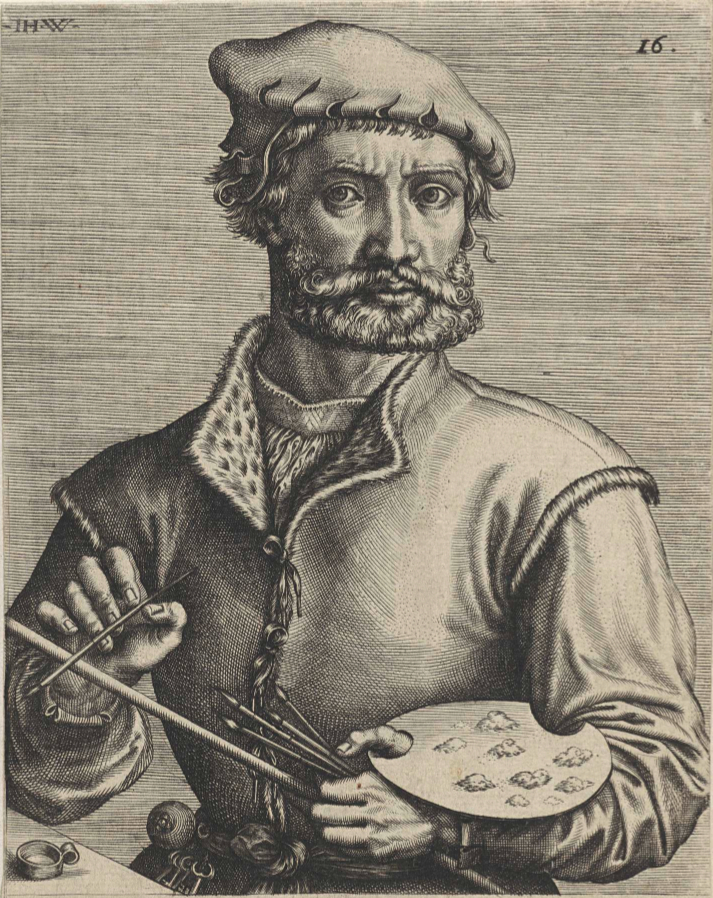