Nicolaes Jongelinck was a prominent Antwerp merchant and patron of both Pieter Bruegel and Frans Floris. A member of an affluent Antwerp family with many ties to the Mint, it is possible that Jongelinck could have known another Bruegel patron and officed Mint member, Jan Noirot. Like many wealthy figures of the early modern period, Jongelinck owned both a metropolitan home, De Sphera Mundi in the Kidorpstraat, and a leisure home just outside the city gates. For his suburban villa, Ter Beke, Jongelinck commissioned works from Floris and Bruegel. As Ter Beke was destroyed in Alessandro Farnese’s siege of Antwerp in 1584, the placement of the paintings within the villa is not known. Floris’s Hercules and Liberal Arts may have had their own viewing chambers within the home, and Bruegel’s Twelve Months were likely the dining room décor. In 1565, Jongelinck pledged his Bruegel collection (or a portion of it) as security for Daniel de Bruyne, who owed 16,000 guilders to the city of Antwerp. The record of this pledge confirms Jongelinck’s ownership of at least sixteen Bruegel pieces at this time, including the recently completed Twelve Months series, a Tower of Babel and Christ Carrying the Cross. After his death in 1570, Jongelinck’s Bruegel collection was sold, resurfacing in 1593 in the hands of Archduke Ernst, then governor of Netherlands. An inventory of the Archduke’s paintings indicates that at this juncture there were six paintings in the Twelve Month series, of which only five are known to remain. 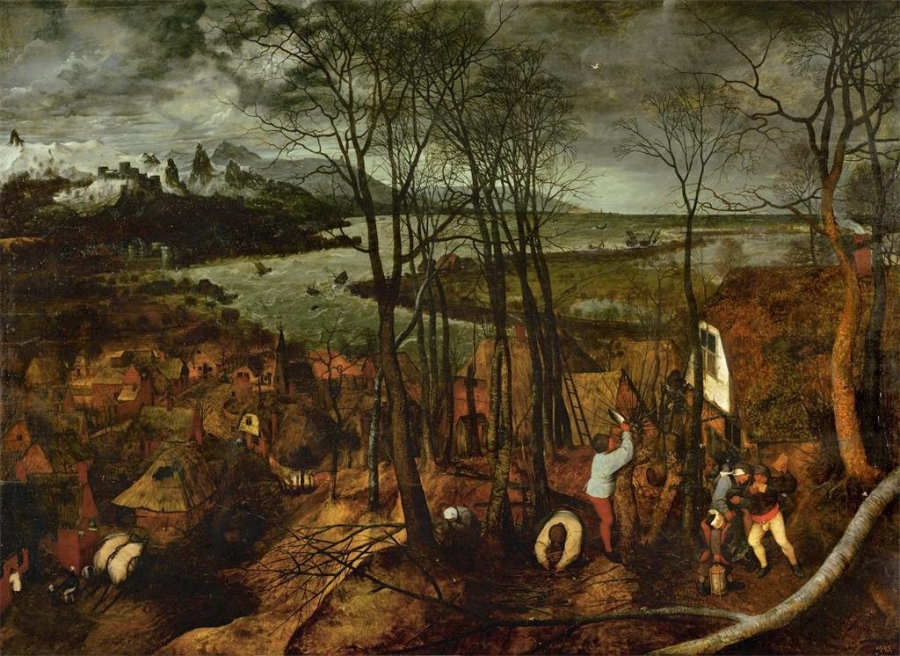