The records of the Guild of Saint Luke in Antwerp show that Hieronymus Cock was admitted to the guild in 1546; the date suggests that he was born in around 1520. He and his brother Matthys were sons of the painter Jan de Cock who is recorded as having accepted pupils in 1506 and 1516. Matthys was the elder given that he accepted a pupil in 1540, six years before Cock was received as a master in the guild. The date given by Van Mander for Cock’s death, 1570, is confirmed by a document published by Rombouts and Van Lerius. According this this source, he died on October 3rd and was buried in the Predikherenkerk in Antwerp.

Presumably Cock was trained as a painter in his father’s shop and, after his father’s death, that of his brother. He was received into the guild as a painter, but we know no paintings by his hand. He was the designer of sixty-two etchings, however, and is even more famous as the proprietor of the printing house as of 1550 known as “The Four Winds.”

Indeed, examination of Cock’s prints suggests that even this aspect of his artistic output was subordinate to the needs of his publishing business. Of the sixty-two etchings which he produced beginning in 1548, forty date from the years 1550-51 when his business was just beginning. The remaining appeared at the rate of one or two a year until 1558, when the set “Landscapes with Biblical and Mythological Scenes” closed Cock’s career as an etcher. As a publisher, Cock’s responsibility was to bear the business’s financial risks and political and social accountability. In doing so successfully, Cock became immensely wealthy, purchasing one house after another.

Van Mander praised Cock as being himself an inventive landscapist. Landscape was also the first field in which he published the designs of Pieter Bruegel. In 1554, Pieter Bruegel’s landscape drawing (without figures) was adapted by Cock for an etched narrative, “Landscape with the Temptation of Christ.” Between 1555 and 1557, Cock produced a series of landscapes after Bruegel designs, the so-called “Large Landscapes.” Most of these were based on drawings Bruegel had made of mountainous landscapes during his trip to Italy.

During the 1550’s Bruegel made a variety of designs for Cock. These included religious and allegorical subjects (the famous Seven Virtues and Seven Vices series) and subjects pertaining to human folly and proverbial wisdom. Bruegel’s prints for Cock often partake of the satirical vernacular verbal structures of urban Antwerp. 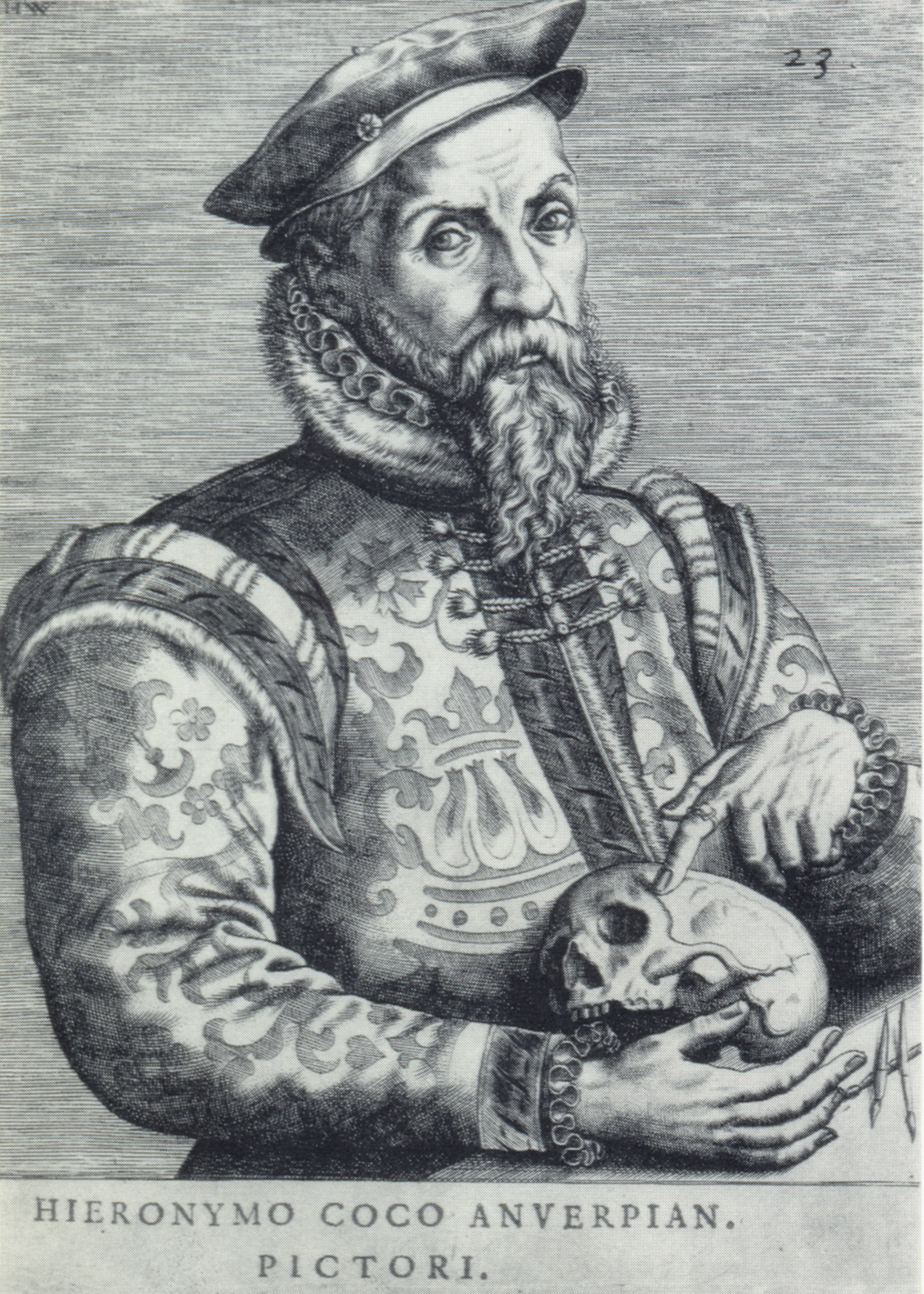