Cartographer and engraver Gerard De Jode was born 1509 in Nijmegen in the province of Gelderland. Though not much is known about his early life, by 1547 he had relocated to Antwerp. Once there, he was admitted as a master into the Guild of St. Luke, and he became a citizen of the city in 1549. Two years later, in 1551, he received an official license to print and publish his works. Among these were a number of map books, some illustrated by De Jode himself and others done in collaboration with fellow artists. His most famous work is Speculum orbis terrarum (1578), a comprehensive reissue of his previous maps. The book was continuously updated after De Jode’s death in 1591 by his eldest son, Cornelis De Jode. Though it was not commercially successful during De Jode’s lifetime, the book has grown to be his m0st enduring work.

As one of northern Europe’s most successful publishers, De Jode often came in contact with the Netherlandish art world. He often published prints after designs byMarten de Vos, Crispin van den Broeck, Hendrick Goltzius, and other leading artists. De Jode also had a close connection with the Brueghel family of artists that extended beyond the professional. His son, Pieter De Jode, frequently made prints after designs by Jan Brueghel the Elder. And De Jode’s daughter, Isabella De Jode, married Jan in 1599. Though this was nearly a decade after De Jode’s death, the marriage and the couple’s two children united both families for generations. 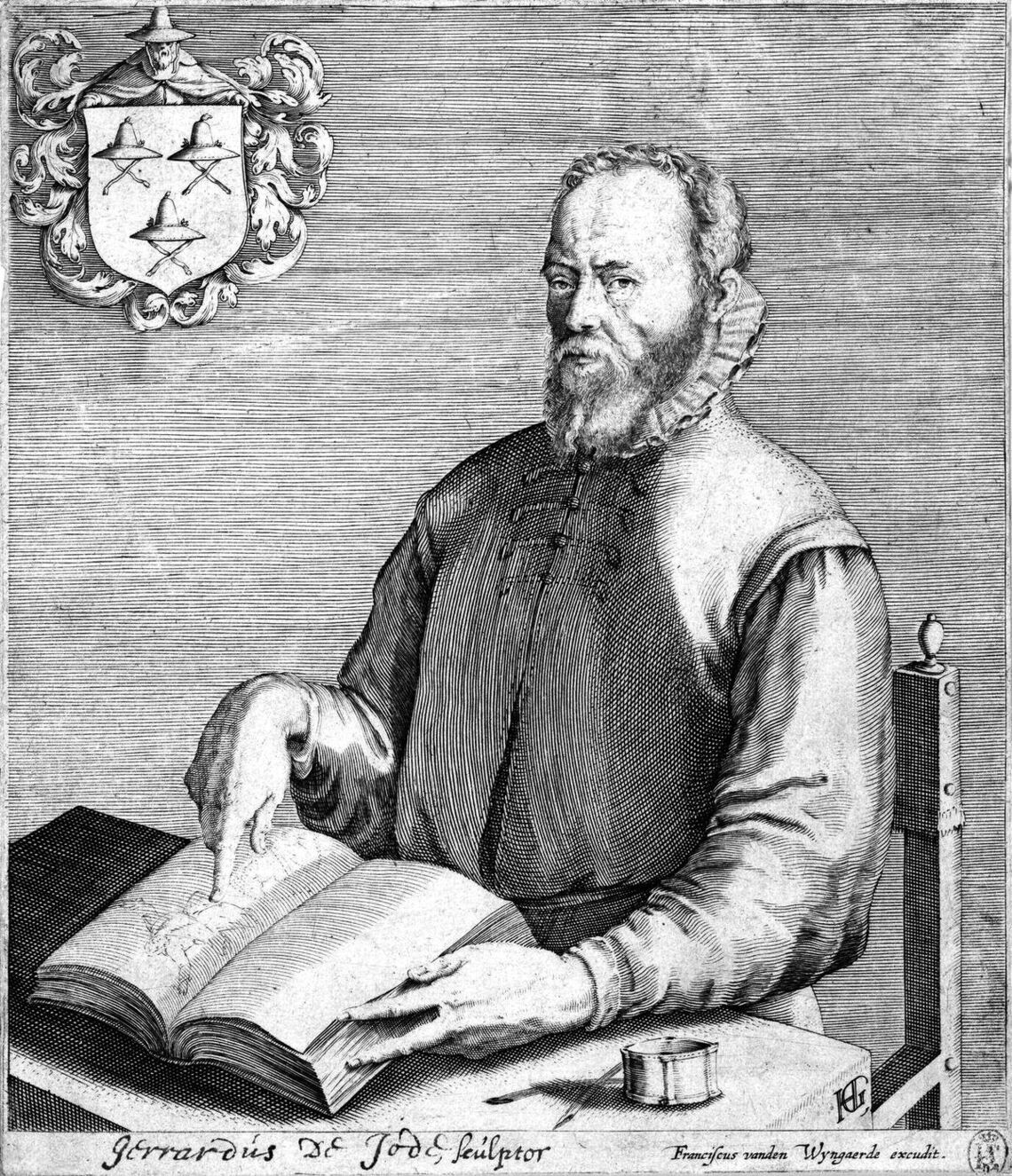